St Barbara’s Church, home to PUMB’s annual concert series, is set to star in the new Matthew Vaughn thriller, the Secret Service, due for release in 2014. The church has been transformed for filming throughout the Autumn, and several A list celebrities have been spotted at the location, including none other than Colin Firth. 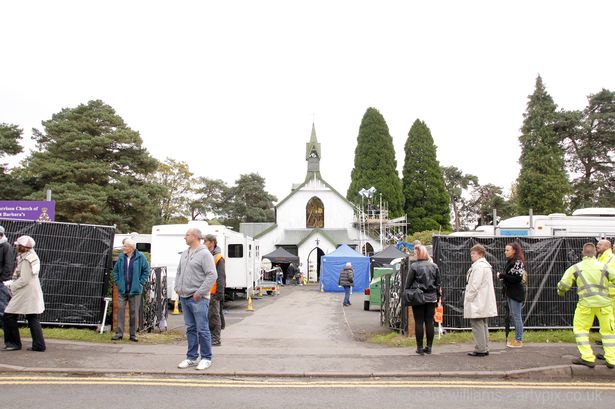 The comic-book film, which is set for release in the US in November next year, stars Firth as a James Bond-style secret agent who is tasked with turning his tearaway nephew, played by Taron Egerton, into a top spy.

X-Men director Vaughn is believed to have assembled an extensive number of A list celebrities for the film, including Samuel L Jackson, Michael Caine and talented British actress Sophie Cookson.

The movie has the backing of a number of major production companies, led by 20th Century Fox and Marv Films.

Transformation of the church started at the beginning of October, and was later flooded with a full production crew, security and extras.

The Garrison Church, now known as St Barbara’s after the Patron Saint of the Royal Army Ordnance Corps, was built in 1901 to serve the military units stationed at Deepcut and Blackdown. A century later, the church still stands proudly and serves the local community well.

The Police Unity Memorial Band is honoured to host our annual concert series at St Barbara’s and will be back at the church on Sunday 15th December at 6pm with our Christmas concert, featuring some exciting new music, plus all your old festive favourites! For more information and for tickets, please click here. 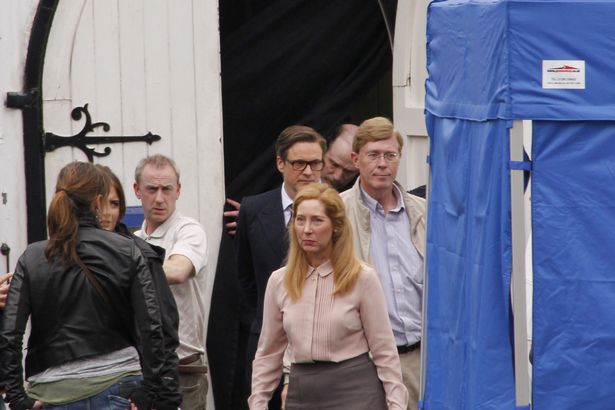 Surrey based concert band appearing all over the South East